Use of Vermin compost is boon for farmers. 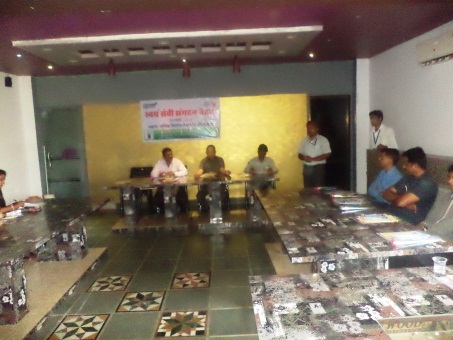 Mr Madan Giri Goswami welcomed to guests and given brief information about organisation, he said that CUTS has been working with the mission on consumer sovereignty in the framework of social justice, economic equality and environmental balance within and across borders. CUTS centre for Human Development was established in 1991 at Senthi village of Chittorgarh for raising living standard of people through community based action programme. 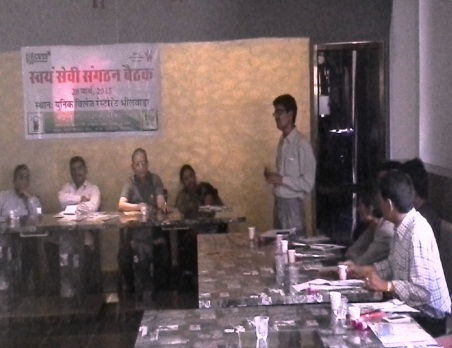 CHILDLINE Project Coordinator Mr Madan Lal Keer briefed about CHILDLINE activities and its achievements. He told that CHILDLINE project was started by CUTS at Bhilwara in year 2012. CHILDLINE 1098 is a (24 x7) days, national toll free phone service, which can be accessed by a child in distress, CHILDLINE provides emergency assistance to a child and subsequently based upon the child’s need, Mr Keer raised some issue for attention of participants which were:-

Child Welfare Committee Chairperson Dr. Suman Trivedi told that CHILDLINE is doing good work in Bhilwara. She said that child labour is a big problem of Bhilwara city and many children are working as domestic servants, that can be rescue if information is given to CHILDLINE without any hesitation. She told that CHILDLINE is working in Bhilwara with effectively. She said that we all can work together to get some donors, who can help to any child in medical and can sponsor them.

Anti-Human trafficking unit In-charge Mr Rajender singh told that Social awareness is must require against child labour. Involving children in hazardous labour work is a non-bail able offense and action will be taken against owners. He told that unit is working for stopping child labour on priority basis in Bhilwara in coordination with Child Welfare Committee & CUTS CHILDLINE.

SWEEP Follow-up Convention on International Women’s Day was celebrated with newly elected women representatives in Panchayati Raj Institution, The Event was organized by CUTS Centre for Human Development in Hotel Padmini, Chittorgarh on 8th March, 2015, under ‘Strengthening Women Empowerment through Electoral Process (SWEEP) follow-up convention supported by The Huger Project. This was the first time when all newly elected women gathered under a one roof & shared their sweet and sour experiences during panchayat election, To celebrate this delightful convention, more than 225 people were participated, mostly were as Women Sarpanch, Wardpanch, Members of Panchayat Samiti from Chittorgarh, Nimbhera and Suwana block.